Failure is the first step towards success. Every once in a while we fail at a number of things. That shouldn’t make you give up but rather to make you work harder. Rather than losing hope, we should see it as an opportunity. Rather than feeling dejected, we should see it as a task to do the job in a different, innovative and successful way. At the age of 67 when the factory of Thomas Elva Edison got burned out, there wasn’t a pinch of fear in his face. He calmly walked over to his son and told him he got rid of all the rubbish and now he will start again from tomorrow.
So here are 5 famous stories of a setback that later on contributed to even more success for the people. These real life examples of famous people overcoming failures can inspire us and help us learn how to keep moving in our path to success even in the face of setbacks.

We all know Charlie Chaplin as one of the best comedians. But he has had a fair share of failures and struggles in his life. His father left him when he was only 2 years old and his mother was in a mental asylum. For almost all of his childhood years, he had to look after himself and his younger brother, Sydney. He had to earn for them and often ended up eating nothing and living a stray life.

But all of that didn’t stop him from succeeding in life. He followed his passion despite all the shortcomings. He did not know what lay ahead of his path to his passion. There was risk in it but he did what his heart desired and finally after tons and tons of failures made his way to showbiz and became an all time favorite comedian in the world.

Charlie Chaplin once said, “Nothing is permanent in this wicked world, not even troubles.” For more such quotes by Charlie Chaplin, follow this link.

It isn’t always about running away from the failures, getting scared of them. You should know that whatever you’re trying for is what your heart longs for and give your best.

We all know that he was the founder of Kentucky Fried Chicken (KFC). He too struggled a lot in his life. At the age of 5, his father died. While his mother went on for work he was given the job of feeding and taking care of two of his siblings. By age 14 he left his home and after that worked at odd jobs for a number of years. At 40 he opened his restaurant and began serving chicken. By the age of 50, he had lost all of his business due to a fire. At the age of 65, he failed another business and decided to sell his recipe. He was rejected by many restaurants before finally, one accepted his offer. In response to all the failures he had suffered, the famous businessman said, “One has to remember that every failure can be a stepping stone to something better”.

Harrison Ford, aka ‘The Indiana Jones’ is a known figure. He is one of the most talented, hardworking and decorated individuals to step into the Hollywood industry. He was born to parents who were both involved in the industry, it could be said acting was in his blood.

A lot of expectations were from him. However, in his first film, the executives told him that he simply didn’t have what it takes to be a star. At this point, he could’ve quit it. Having so much pressure and in the first job you’re told that however hard you may try, you won’t make it big. Imagine how he would’ve felt. But he said NO to giving up. It was at the age of 31 when he got his breakthrough role in the movie after numerous rejected auditions in films, voice covers and doing odd jobs. Harrison Ford famously once said, “To me, success is a choice and opportunity.”

She is one of the most renowned authors having written the wildly popular Harry Potter series.

Her entire childhood was difficult, maintaining an already strained relationship with her father and dealing with her mother’s disease of multiple sclerosis. At the age of 17, she applied to Oxford University and was rejected. It was at the age of 25 when she was moving to Manchester on a 4 hour delayed train that the idea of Harry Potter came to her mind. At the age of 38, she was divorced, had a daughter, victim of domestic abuse and had only completed 3 chapters of her first novel. She felt that she was a failure, having failed in everything she has put efforts on. She was suicidal. She could’ve easily dropped the idea of some wizards. She could’ve easily accepted the fate and could’ve felt that maybe it was in the destiny to fail and could’ve let go of it. But did she?

By 1995 she had finished the book Harry Potter and the Sorcerer’s Stone. Her book got rejected by 12 major publications until finally, one gave her a deal. Fast forward to 2004, she was the first person to have achieved billionaire status via writing.

J.K. Rowling famously quoted “Its impossible to live without failing at something unless you might’ve lived so cautiously that you might as well not have lived at all.”

Regarded as the Greatest basketball player of all time, Michael Jordon or MJ was born in 1963 and is an unparalleled winner in the history of sports, having never been defeated in the NBA finals and a playing style that was as competitive and jaw-dropping as it could get.

Having not been picked for a varsity team, the incident affected Jordon to the core of his life. He couldn’t believe what had happened and started crying in front of everyone. It was his mother, who then encouraged him to work even harder. From then on, he spent hours and hours working on his shooting, his footwork and ball-handling. For years all he ever thought of was Basketball.
At the age of 38, having retired from sports, he decided to play the game again. Imagine picking up basketball and playing that game where people who were almost half his age were dominating. He was still a success then. It was his sheer determination, love for the game, and the courage to follow his passion that led to his success. Michael Jordon once quoted “I’ve missed more than 9000 shots in my career. I’ve lost almost 300 games. 26 times, I’ve been trusted to take the game-winning shot and missed. I’ve failed over and over and over again in my life. And that is why I succeed.”

So if you want to achieve something in your life the only way is to keep working in face of any kind of obstacles and failures. This is because, in the path to success, failures and obstacles are inevitable, hence it should not scare you, rather you should gently remind yourself that it can be dealt with the power of hard work, perseverance and passion.

For more such articles on overcoming obstacles, you might be interested in What should I do after a failure?

View all posts by Utkarsh 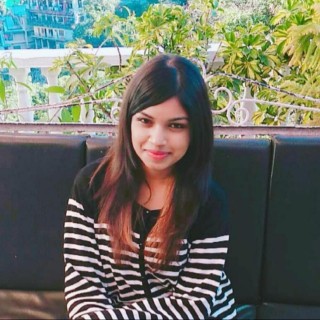